"...60 new pieces of music, each lasting no more than 60 seconds - is quite mad.
But it's this kind of madness that makes the cultural world go round..."
- NEW YORK TIMES-

60 works by 60 artists, 60x60 offers something different every minute
60x60 is a project containing 60 works each 60 seconds in length presented continuously in an hour performance synchronized with an analog clock. 60x60 presents a slice of what is happening in the contemporary music scene by representing 60 works that are diverse in aesthetic and style. Works are selected from an international pool of emerging and established composers and sequenced in order. The resulting mix is presented, without interruption, as a continuous one-hour performance synchronized to an on-stage analog clock.

Think of it as a night of artistic hors d'oeuvres!
- TRENDTREKKING -

Embracing diversity with a furvor not seen anywhere else on the planet
Eclectic by nature, 60x60 offers an unmatched diversity of styles, making for a fast-speed, electrifying one-of-a-kind performance that never ceases to surprise. Music includes contemporary, neo-romantic, neo-classic, text-sound, ambient, environmental, noise, experimental, theatrical, folk, jazz, blues, tech-house, rock and everything but the kitchen sink (and maybe even that.)

"The point of the project is that it enables an audience to take in and enjoy a cross section of different approaches to new music within a reasonable duration. And the purpose of Robert Voisey is to promote new music"
- Malcolm Miller, Music and Vision - 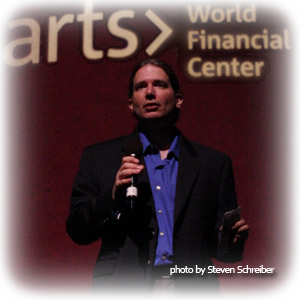 "A minute can be plenty of time to express a whole gamut of imaginative sounds and movements, or it can be a challenge, forcing the artist to isolate what is most important in his/her work," director Robert Voisey explains. "60x60's goal is to disseminate a cross-section of aesthetics in an exciting format to a broad spectrum of people."

It's like a Whitman's sampler of the contemporary new music scene.
- Times Union -

Collecting 60-second miniatures by composers and sound artists from around the world since 2003,
60x60 has featured the work of thousands composers and presented them in hundreds of performances spanning the globe in more than 30 countries. There have been over 35 mixes to date. An International Mix is done every year to represent the complete pool of submissions for that year. And then every year (with the exception of the first) there has been extra alternate mixes of the project. Some mixes are regional to particular regions such as the Canada Mix, Pacific Rim Mix, Midwest Mix, and New York Mix. There are also mixes devoted to gender such as the Athena Mix which has all women. Some mixes are based on themes such as the Munich Mix or the UnTwelve mix.

Expect it to stretch whatever boundaries you may not have thought you had.
- Outsound - 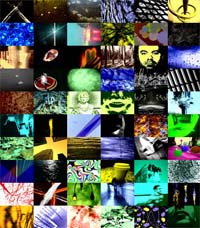 From the beginning 60x60 was a natural vehicle for collaborating with other art forms.
Initially this included video, photography and sculpture. 60x60 Video is an hour of video which is synchronized to the audio mixes of 60x60. 60x60 Video has collaborated with video artists, experimental filmmakers, and VJ's to pair the 60 different audio compositions with video. 60x60 has been screened in museums, art galleries, night clubs, building facades, and store windows in New York City.

one hour of fast-changing, switched up dance ...
if there's one thing you can say for sure, it won't be boring.
- Time Out London -

In 2007, 60x60 teamed up with choreographers and 60x60 Dance was born.
Since then this unique collaboration has produced more than 20 exciting dance performances in 3 countries and 8 different cities. Each dance performance is different featuring a group of International composers with a group of local choreographers. "60x60 Dance is a masterfully coordinated multimedia collaboration that features a surprising diversity of aesthetics." - by Chris Gibson, BroadwayWorld.com

60x60 is a project of Vox Novus
60x60 was created and founded by Robert Voisey to inspire, produce, promote, and disseminate the vast aesthetics and styles of contemporary composers being written by today's living composers.
More about Vox Novus and Robert voisey can be found on their perspective websites:
www.VoxNovus.com
www.RobVoisey.com